Old dog with her new trick 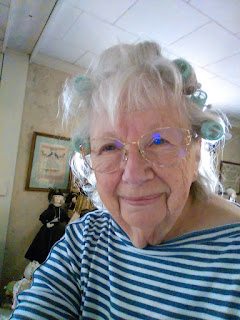 I'm still hanging in there with my "no cut  the hair" vow and looking pretty shaggy at this stage... but my lovely DIL was here a few days before Thanksgiving and bought me some hair curlers at the dollar store.  I have never owned a hair curler or used one and she gave me instructions.  It turned out great when she was here but the next time when I did it myself it was pretty wonky.  Tried again yesterday and it wasn't quite as awkward...  Had to send her pics this morning. 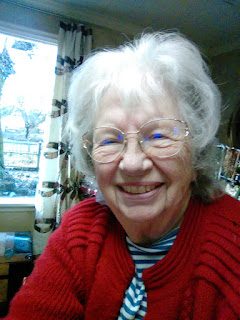 She sent back more instructions. "When you're putting in the ones on the side, make sure that they’re going towards the nape and not down and perhaps more curlers on the top. Pull the hair forward as you curl it around the curler and then back."  DH is fairly silent on the subject now as my response to any comment is "You  married me with long hair and you will bury me with long hair."

I missed Thanksgiving altogether.   After the 3 1/2 drive from Redmond to Olympia in horrendous traffic, I no sooner got to my niece's house on Thurs and I had a massive headache and nausea.  I missed the entire party and spent the whole day in her bed.  In the evening they laid me out on the back seat and drove the 2 hours back to Redmond and got me into the hotel.  In the morning it was in the backseat again and the long drive to Spokane and then I was in bed for 2 days.  Have no idea what it was and it left me wobbly for several days... On the mend now.  I had really wanted to try the Sour Cream Lemon pie...will have to bake another.  Not my week altogether...still finding spots of cocoa I missed in the clean up.
Posted by Gerry Krueger 3 comments: 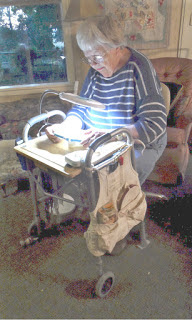 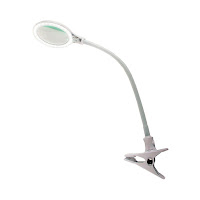 You MUST have this lamp....even if you can see.  I have raved about it multiple times on  blog.....  I first bought it to use on my foldable craft table I made from an old walker.  I move that little stitching table all over the house and right up to the windows with the best light and best view and when weather permits I move it outside. 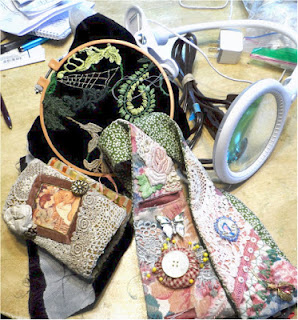 When we travel the little flexible gooseneck rolls right up and it along with my chatelaine, stitching, extention cord, and needle book ALL fit in my sewing tote.  I love love love it. You  don't need a table for it as it easily attaches to the back of a chair, door, or most any things and the light is fabulous.


It has becomes a "traveler" even at home as I move it to wherever I need extra light... cleaning and sorting the pantry, by the old printer or in a closet.  I even take to other people's home when I'm playing cards and can attach it to my chair or to the table. 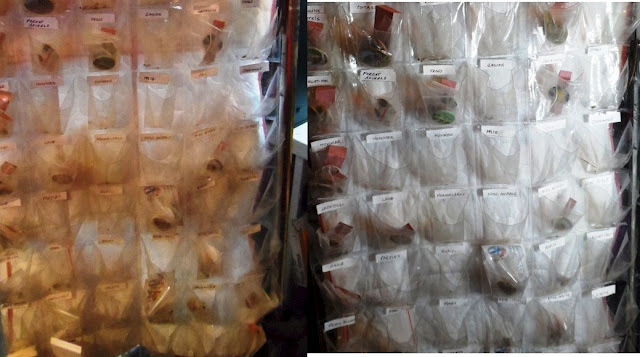 Put it on your want list as it would be a affordable gift for anyone who loves you..  https://www.amazon.com/gp/product/B019R1BN3U/ref=od_aui_detailpages00?ie=UTF8&psc=1  At $25 it is the best light bargain you will ever find.

Tomorrow we are headed to the Washington coast for a family Thanksgiving and will drive back on Saturday.  It is about a 300 mile trip both ways and we have to go over Snoqualmie pass in the Cascades.  This year it looks like we are lucky and have nice weather both ways.. Many time when we plan a trip in the winter the pass is closed.  So right off I'm thankful for good weather and good roads.

Yesterday I tried to make pies to take to the coast for Thanksgiving and when I went into the pantry to get salt a container of Hershey cocoa fell and the lid flew off  as it fell.  The pantry was covered with cocoa, I was covered with cocoa and when I went to get the broom a cloud of cocoa followed me..  It even went into my shoes.... what a mess.  I had to put all my clothes in the wash, mop the kitchen and wash down all the shelves and their contents.   It was everywhere.  Not one of my better days.. Pumpkin pie got too brown, the apple pie crust was too thick, the  shell for the lemon pie shrunk even with weights. Maybe no one will notice.....  Happy Thanksgiving to everyone.. 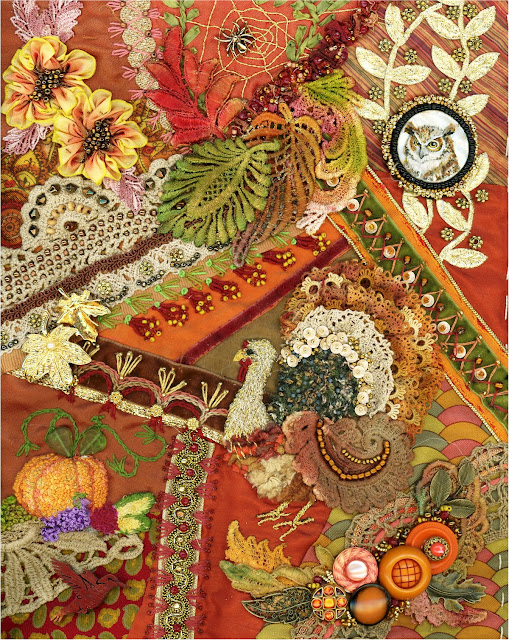 This and that and banana bread update!!! 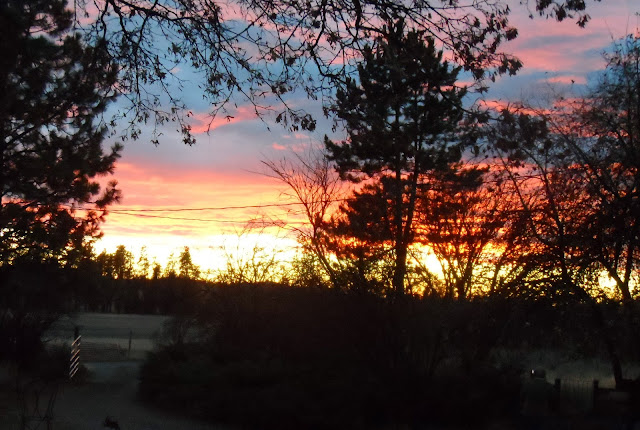 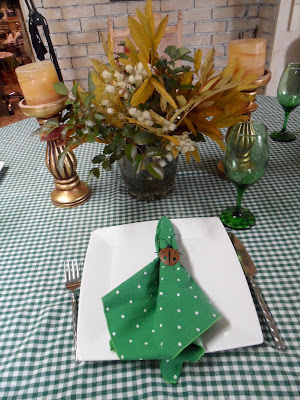 We had dinner guests last weekend and I was actually tired of using fall colors for the table and chose the crispy green and white.
DH had left for the store and I was thinking I should have had him pick up a few mums because the garden was pretty dead.  But to my surprise I was able to make a great centerpiece.  I used the large gold leaves from a peony I missed cutting back along with the glossy green leaves of the mahonia (Oregon grape) and for the white touch lots of fluffy seed heads from the autumn clematis..

Found a recipe for equal parts mashed roasted yams and cooked quinoa and added crumbled bacon and caramelized onions..  It was so delicious that I am going to fix it with the turkey this year.  A real keeper. 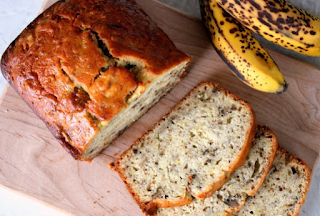 And speaking of recipes I will add an update on banana bread.  A while back I tested about a dozen banana bread recipes and this winner topped all...  It is so good I would never even think of tweaking it but it called for 1 cup of butter and I only had 1/2 cup so I substituted 1/2 cup shortening and I think it was even better.

Another hint:  This recipe calls for 8 bananas and I usually have that many in the freezer as I pop them in them when they start to get overripe.  It is this many bananas that put this recipe over the top in flavor...  But when I thaw out frozen bananas there is a lot of extra liquid so now I put them in a strainer for a couple hours and they work much better.

Haven't posted for a while as I've had my computers disconnected trying to backup and move files and get both computers working with only one printer....the newest one.  I was able to do all the backing up but the oldest computer just wouldn't allow the new printer's drivers to be installed.  After the second blue screen of death I decided to leave well enough alone and hang it there with both printers.  Eventually I won't be able to get ink cartridges any more for the old one..  I hate to let go of my old programs and learn new ones.... the old Pagemaker and Image Composer are like old comfortable friends of many years......and it was a shame they were both discontinued.  Haven't touched a needle for about 10 days... but I did paint some buttons... will show them soon.