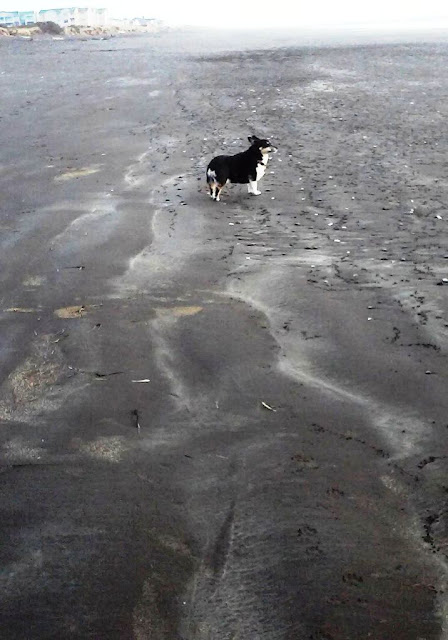 We were taking advantage of the last four days of the winter rates and as you can see we literally had the beach to ourselves.  Morris loved chasing up and down the beach , attacking incoming waves and making the sandpipers fly.

DH accumulated lots and lots of steps on his pedometer and logged over 22 miles on the beach while we were there.  He took Morris for walks three times a day and I took him for another long walk besides.

Dh marched right along but my pace was much more leisurely and often stopped to rest on a log and watch the waves.

And when Morris wasn't on the beach he was napping or cuddling with one or the other of us.  His meals were on time and he had attention whenever he desired it.  He was also groomed and brushed after every walk to get rid of the sand but he thought all the extra grooming was some special spa treatment.  Although the condo was "pet friendly" they specified no pets on the furniture.  I knew Morris would think this very uncivilized so I took plenty of sheets and towels to cover everything. 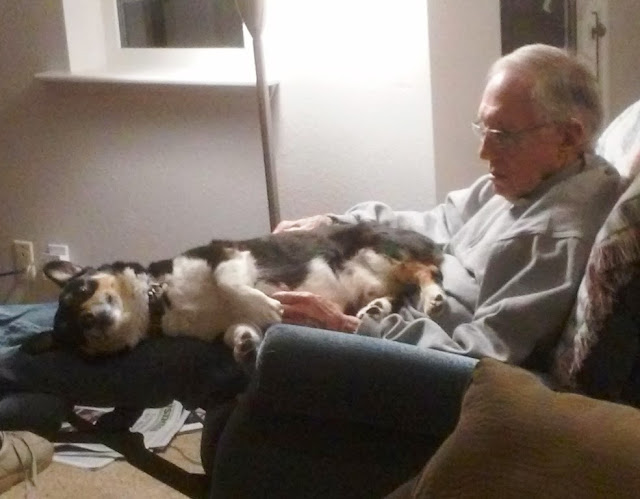 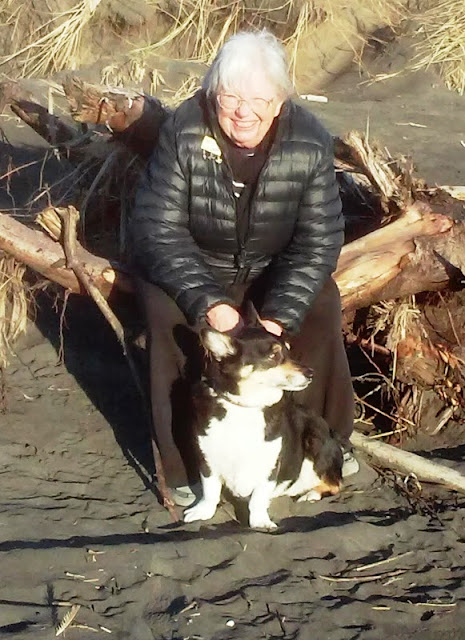 We were lucky as only one day was occasional showers  and the rest of the time it was sunny but chilly.  We dressed warmly and made the most of beach.


Every night we were treated to a beautiful sunset which we watched until the last bit of sun slipped into the sea.  It is an all-day drive for us to get to the coast so we wanted to enjoy it. So with the travel time we only had 4 full days there but  we did get in a beach walk the evening we arrived and the morning we left.  I took along frozen soup and frozen pot pies and never even dirtied the stove.. 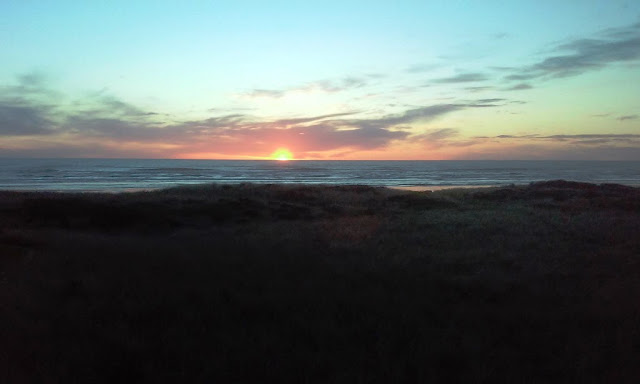 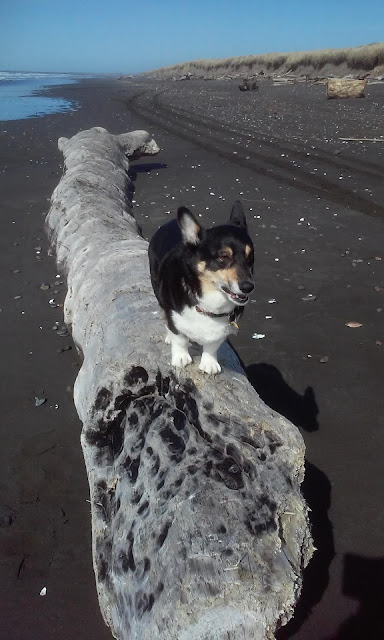 Morris has decided that this should be an annual event and we agree with him.

There was only one thing he would change.  We stopped on the way home to have a cup of coffee with our niece Susie and she had two VERY LARGE Labrador dogs and they were annoyingly  persistent in their efforts to sniff at Morris's private parts which Morris did not like at all.. not one little bit!!!!!!

But all in all Morris thinks taking a vacation at the beach should be part of  every  dog's life.

Prep for the trip! 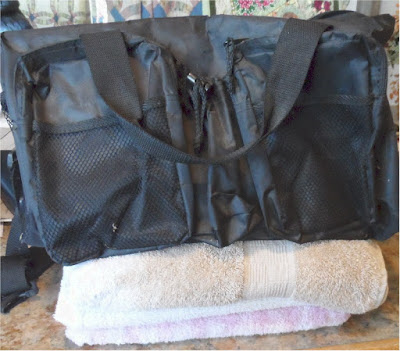 Morris's  duffel bag was the first thing packed as well it should be.. All  his stuff plus extra towels as I'm sure they will be needed if he is running on the sandy beach.  His favorite bed is already in the car. 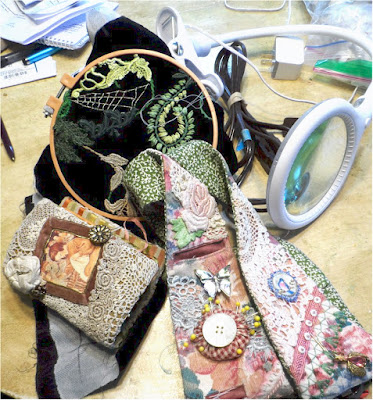 Next was the necessities for the spider bag. My favorite travel magnifying light by Brightech and an extension cord... I highly recommend this jewel of a lamp ...only $29.99 at Amazon and one of the best buys ever.  It rolls right up and fits in my sewing tote.   Then my chatelaine and needle book. 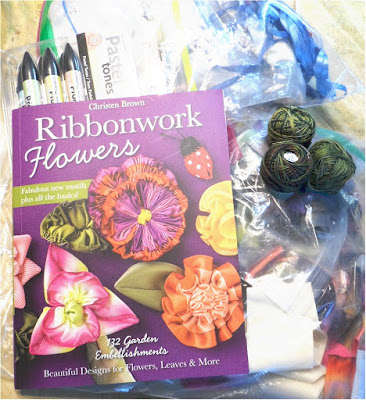 Then my ribbonwork book, the gorgeous ribbons Shirlee sent me and a bag of ribbons from my stash,  I have been waiting patiently to get to this stage of this project.  It's like the icing on the cake...  I was a very good girl and got all the greenery base done and now doing the flowers is my reward.  And doing them in a condo with an ocean view is even more special... If doing ribbonwork is too exhausting I can go to the hot tub in the club house while DH is walking Morris 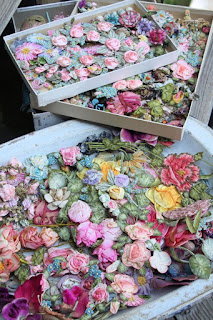 My flowers are all going to be worked off the bag and attached in clusters... similar to these which are  used for millinery trade. 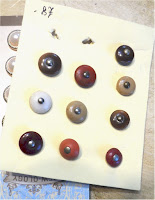 At this point my plan is to use some of my special buttons for the centers of some of the flowers.  I have some really cool buttons that I treasure... These are a good example.  They are very small (3/8") turn-of-the century shoe buttons and they are dyed bone...   I found them in a button shop in Portobello Market  when we went to London in 2015. After I hauled these buttons halfway around the world, it would be a sin not to use them on something special. I did use some on the suffrage crazy quilt.
Posted by Gerry Krueger 5 comments:

Although I took the spider bag along, Mexico was not conducive to stitching.  If I had the time there was inadequate light.  But I did make some progress with ribbon leaves.  After all the leaves are finished I plan to go over them in spots with alcohol ink to add more definition. 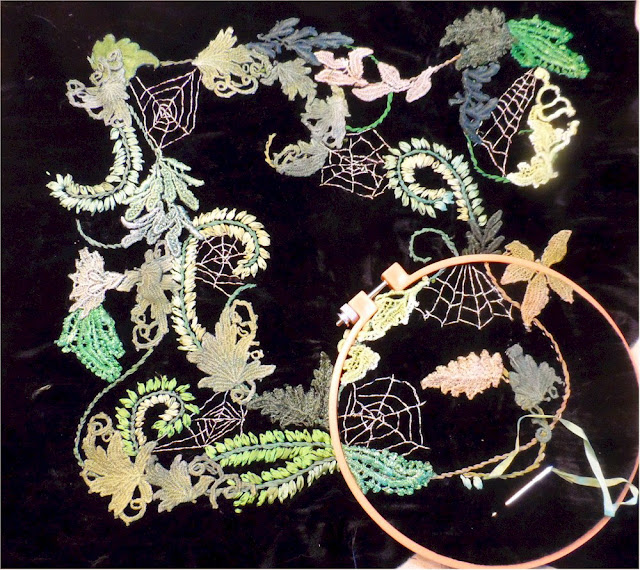 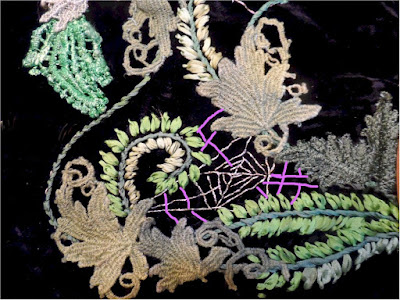 Also after the greenery is all done I will go back in and enhance most of the webs.  (see pink lines).

When I was doing a lot of round robins I always made extra blocks so I would have one available if I decided to join at the last minute.  I found a black one that will be perfect for the pocket on the back of the spider bag. 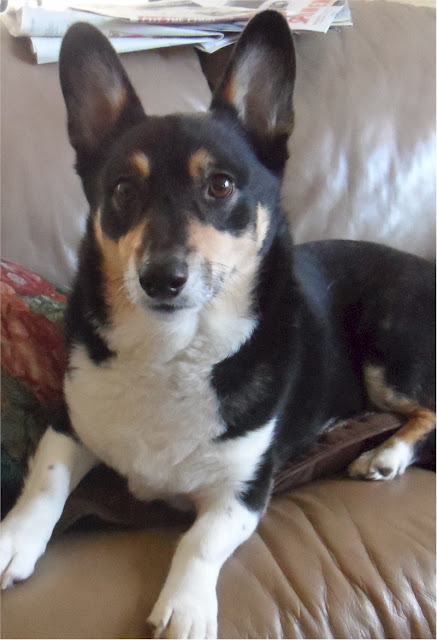 For the last five years we have gone to Seaside Oregon in October with some friends and stayed right on the beach...no dogs allowed in our condo.... and every year we abandoned Morris with a sitter.  We would watch all the dogs cavorting on the beach and many times each day we would say "Oh Morris would just love this."

So next week Morris gets his own vacation on the beach with our full undivided attention.. Lots of walks, belly rubs, cuddling, meals on time and treats galore.

We are going to Westport, WA for 5 days while the cheap winter rates are still on.  I plan on doing no cooking, lots of stitching on the bag and watch the waves roll in and out from dawn to dusk.

I'm also leaving the laptop at home so don't expect any posts for awhile.

There were 3 villas on the grounds and we  shared one with my son and his wife and another couple.  It was the smallest villa, "Villa Boda", and had 4 bedrooms, 6 baths, 7000 sq/ft.  It was just lovely.   It was all open and airy and exquisitely decorated. 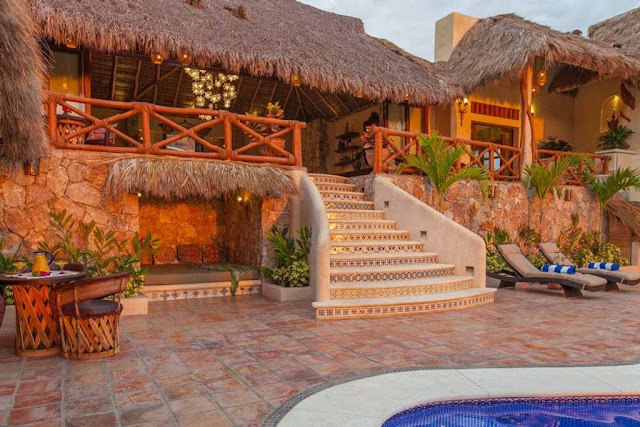 There was plenty of room for large gatherings and a fully equipped kitchen which you could cook for yourself (which we did) or hire someone to cook. 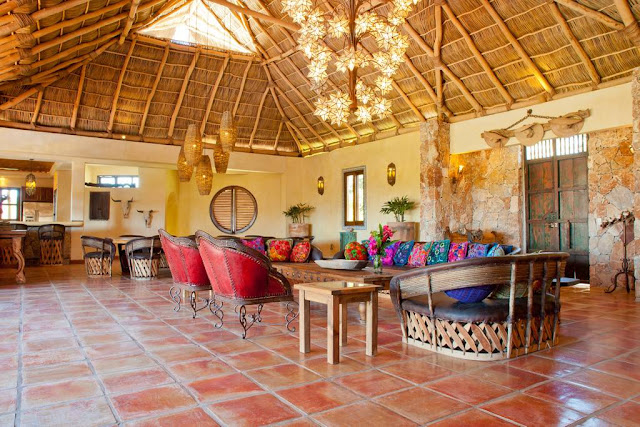 The view looked over the rain forest to the sea. 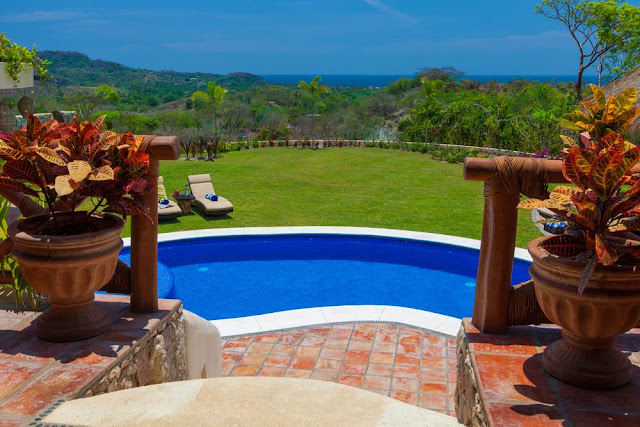 All the bedrooms had their own bathroom and this is ours.  Check out the shower.  I had to use the little stool to see myself in the mirror which was obviously hung by a very tall man.  The price varied by season and I believe our villa was about $380 a night which is not bad if it were shared by 4 couples. On the way home we had to pay $80 for a very shabby room in a Day's Inn near the airport. And the bathroom was nothing like this. 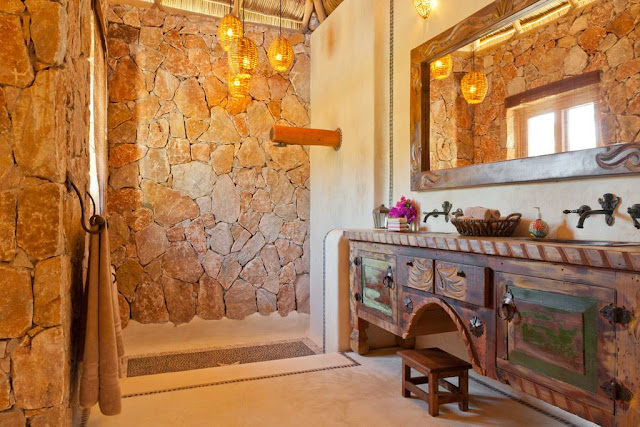 All the wedding party stayed in the main villa which was HUGE! There were at least 20 people staying there. 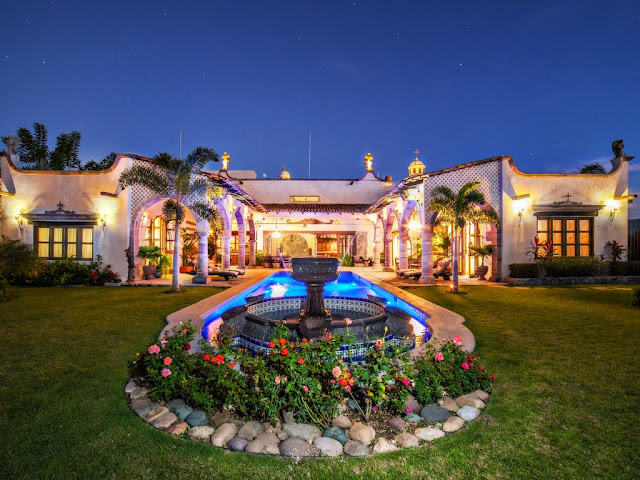 One section  was 2 stories with a roof top party area. There was also an outdoor pavilion where the young people  gathered for dancing in the evening and yoga in the morning. 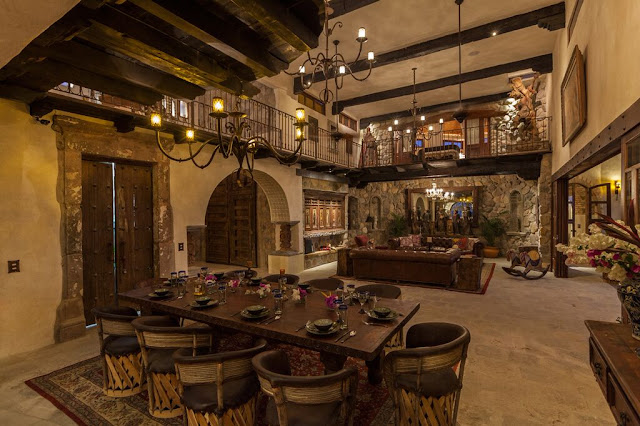 It was at this magical venue that my son gave away his only child, his beloved daughter Madison 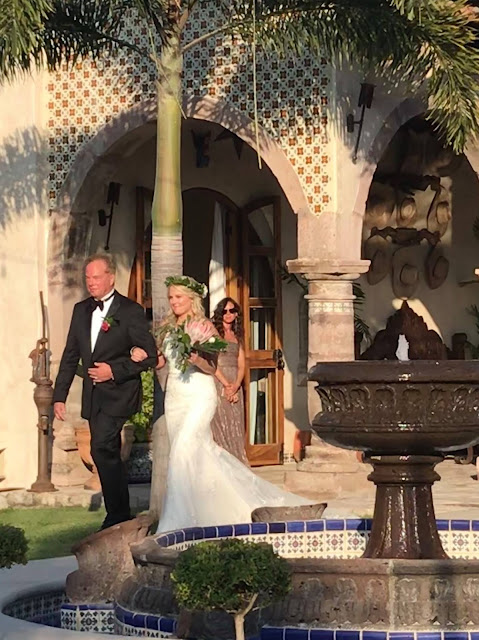 Madi lives in Alaska and did an unbelievable job organizing this wedding from there. 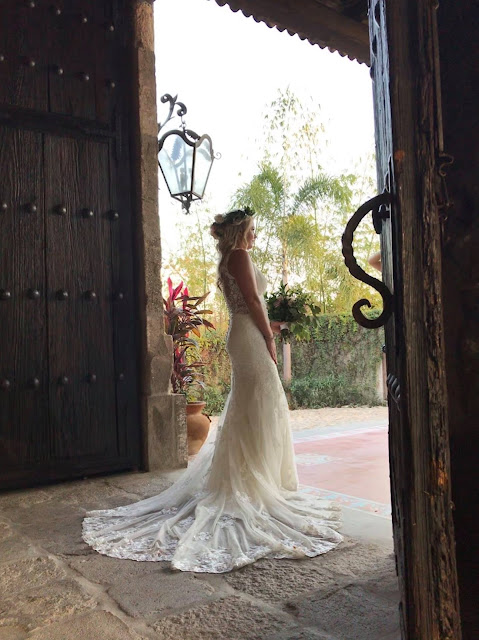 A kiss for grandma! 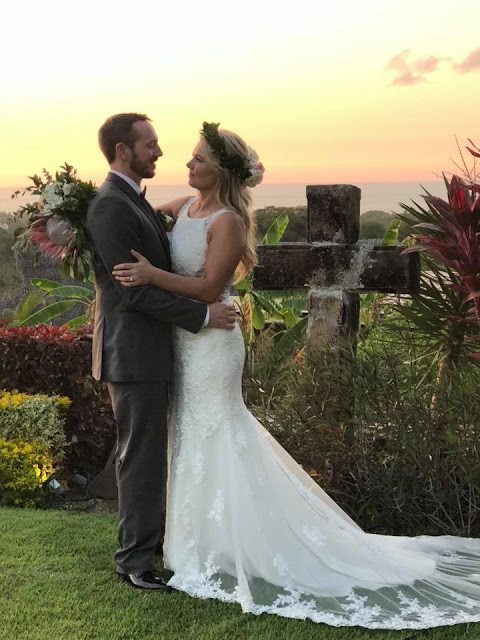 I'm home well and safe. The wedding was absolutely lovely and I knew the venue was remote but I didn't realize it was on a mountain in a rain forest.  More about that in another post.

This is one of the shots set up by the photographer.  Madi is  29 and Ryan is 33 so they have their feet on the ground and they seem very well matched.


I much prefer this candid shot because it captures the festive atmosphere of this whole 5-day event. 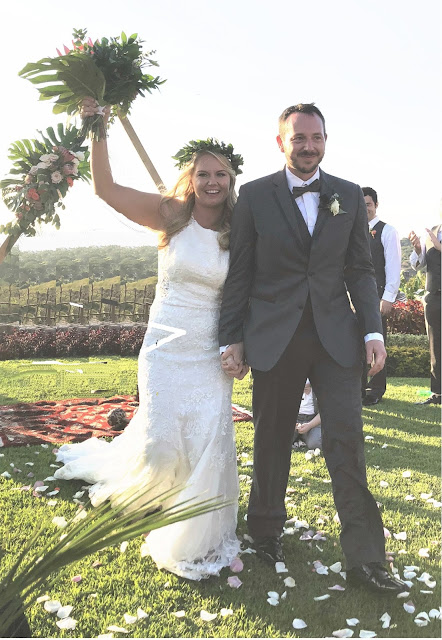 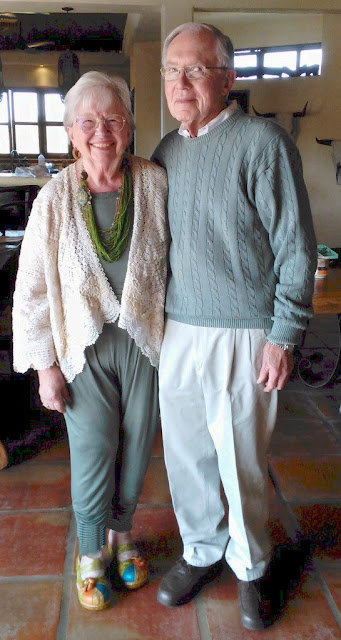 My son and his wife and DH and I were the only people out of the fifty there that were over 40 so we pretty much hung out and watched all the 30 somethings  having a grand time.

There were lots of pictures taken and I had this same grin in every one.  I just had a grand time and will share more in a the next blog.  The jacket and the necklace were a hit and also my funky shoes.. 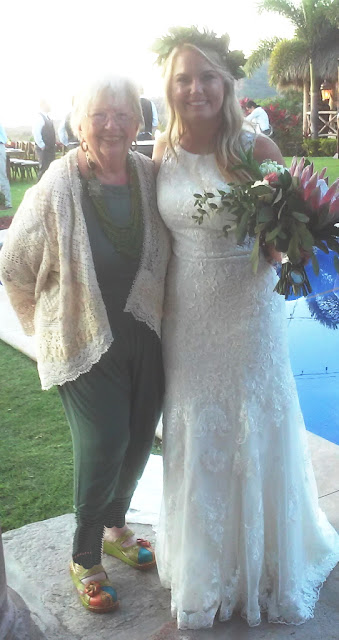 DH took this picture of Madi and I.


But this picture is my very favorite and it is the one I'm going to frame. 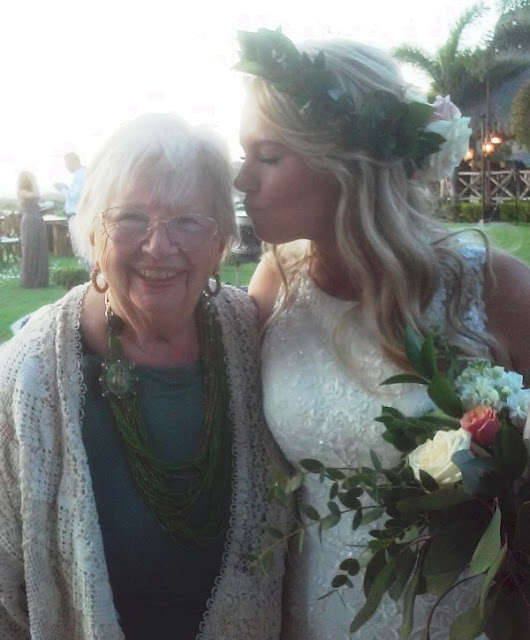