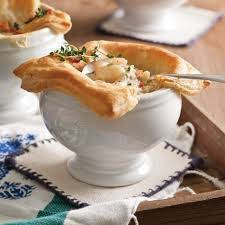 We fell in love with pot pies in England and a  couple years ago I set about that fall  experimenting with the making of the whole winter's pot pies for the freezer...  All in all it was wildly successful but there were a few issues.  First some vegetables work better than others.  It has something with the crystallization when you freeze and thaw them. Many become mealy or mushy once frozen and thawed....As I'm working on my ingredient list for this fall's batch of pies I am paying particular attention to the veggies I choose.  Not only do I want veggies that hold up better, I want different veggies for each batch of pies. 90% of pot pie recipes call for peas, carrots and potatoes no matter what protein  is used....how boring in that???? 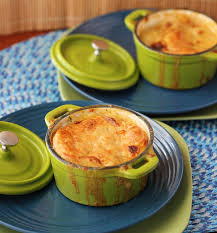 Second no matter how smooth and thick my  sauce was when I froze the pies, when I thawed and heated them the sauce became watery.  Apparently it is  a similar thing but with crystallization of the thickener because other people have googled the same problem.  It was suggested using rice or tapioca flour as a thickener,  I will try that this year.  They still taste great but I want smooth and thick sauce!!! 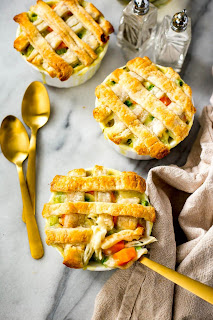 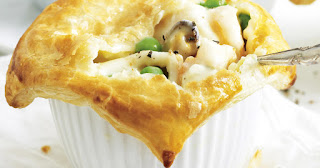 Previous years I made chicken, turkey, seafood, pork and beef pot pies.  This year I am dropping the turkey and adding lamb pies.  I usually freeze turkey dinners and doing turkey pot pies was too similar.  There was a definite correlation between the depth of flavor and the number of ingredients....  more ingredients....more flavor.  Even more so when I added two meats... like pork loin with pork sausage for example. 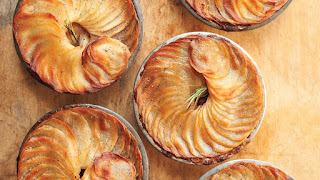 I want to try some different toppings than just plain crust  and found a recipe for a parmesan crust that would be great on a chicken pot pie... maybe a polenta topping or a cornbread stuffing topping... will explore this a bit more. How about a mashed celeriac topping... yes indeed! Also I have been on a quest to add more legumes to our diet so here is another opportunity.  I will add chickpeas to the lamb pies for sure and maybe lentils to a couple others. 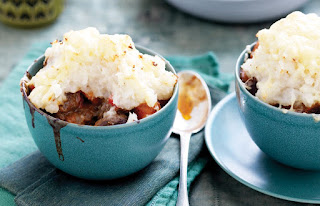 After I spent the day banishing my reciprocating saw I crawled onto my bed and relaxed with a clipboard and starting listing possible ingredients for this year's posh pot pies. I always have lots of soups in the freezer but the pot pies are our favorite winter treat... Stay tuned for my pies as I make them..

Yum! I must say I would love to be invited to dinner at your house.

I make cassoulet for cooler days with andouile sausage and navy beans this might make a lovely pot pie! the veg are the usual suspects but if you add some parsnip and or turnip it will have some "enhancement". I will sometimes resort to these two root vegies to give my meals a twist or some extra flavor.

Sounds like you are up to more yumming! I’m growing celeriac this year. They are about 3 inches across so far. Hope they don’t get wormy like the turnips and rudibakas (that doesn’t look right).